6 Amazing Spices That Will Help You Lose Weight Fast

Your food plays a huge role in maintaining your weight. Knowing what you eat and regulating the food that is unhealthy for you will greatly affect how your body manages fats and nutrients. However, people forget that spices play a huge role on your diet, too. Here are 6 spices that will help you achieved that ideal weight.

Ginseng is a common herb used in traditional Chinese medicine. It is also often used by Koreans in their tea. Even if they are used in many countries, these different kinds of ginseng all fall in the same family.

Ginseng is an incredible herb because of its many health benefits. For one, it helps reduce your weight when consumed through tea for at least three months. It is also known to change the anatomy of fats so the chances of becoming obese will be low.

Cayenne pepper is often used on food to add spice and flavor to it. Cayenne is made up of capsaicin which is responsible for the spiciness of the powder. But that is not all that capsaicin does. Capsaicin makes your body temperature higher which is often equated to a boost in your metabolism. When this happens, your body tends to burn more calories and fats as compared to when you are not sweating.

Thanks to the shift in healthier lifestyles, turmeric is gaining popularity as a miracle spice. Turmeric is rich in curcumin which is a chemical that is known to give turmeric its healthy component. One of its many benefits is weight loss because it helps reduce body fats. A study held for a month showed that those who took turmeric tea twice a day were able to reduce body fat substantially.

Black pepper is a common spice that you can find in every household. The compound piperine found in black pepper is responsible for the prevention of the formation of fat cells. When this happens, the body gains less fat even if there’s no change in the diet.

Cinnamon is often found as an ingredient in making pies, breads, and even cakes. Because of this, cinnamon may be viewed as a kind of sugar that causes you to get fat or a kind of ingredient that only increases your sugar levels. However, this is so far from the truth because, in reality, cinnamon helps regulate your sugar level. When your sugar levels are regulated, you will not easily get hungry thus reducing your cravings and your temptation to eat.

Something less familiar than the other spices is cardamom. Cardamom is a kind of spice often found in Indian food. Like cayenne, cardamom helps increases the body temperature. In effect, the metabolic rate increases and more food gets burned.

These spices are often mixed in your food. Although some would argue that too many spices mixed on food will equate to being unhealthy, there are spices that are good for your body. These six spices are said to help regulate weight loss so it’s best that you add them to your diet when you can.

Keto Diet vs. HCG Diet-What Are They and How Do They Differ 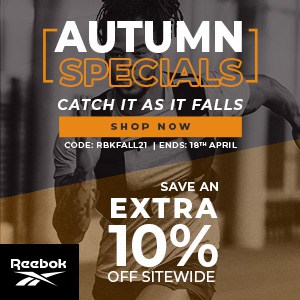