By now, you have probably heard of many people trying out yoga. It won’t be too long now for Australians to make meditation the next big thing in terms of mindfulness and health.

If you’ve taken yoga classes, you have probably heard of terms like “mantra” and “chakra”. Although yoga is a form of meditation, there are many other types of meditation that have different focuses.

To help you understand this practice even more, here are 8 of the most commonly used words and their meanings.

Have you heard of a “bad aura”? If you have, then you probably know that it is similar to the mood of the person.

The difference is that an aura is not just limited to the internal emotions of the person. It also includes the energy field embracing the person. It can be recognized by mood swings, feelings, colors, and even sounds.

Buddha is very popular among Asians. He is the main symbol of Buddhism which focuses on realizing your true self. Just like meditation, Buddhism is more of a practice than a belief. On the other hand, Buddha is also a term to describe those who have achieved enlightenment.

When you practice yoga and other forms of meditation, you’ll often come across the word chakra. Chakras simply refer to energy centers in the body. They’re similar to the meridians in acupuncture where the energy flows.

There are seven chakras in the human body – third eye, crown, heart, solar plexus, sacrum, root, and the throat.

A while ago it was mentioned that those who are called Buddha are those who’ve achieved enlightenment. Enlightenment is a term to describe the state of full awakening.

It means that for someone to be enlightened, he or she should have full awareness of their true self. It is also a kind of “stillness of mind” when you have gone past the temptation of desire and aversion.

If you’re a self-love person, you probably have heard of this word without even knowing its connection to meditation. This is because a mantra can be any word or phrase that is repeatedly said to help you focus on a goal.

So, if your focus is to attract good thoughts in your meditation, then you say a mantra that helps you do just that.

Mindfulness is the exercise of being fully aware of the present moment. It is one of the most practiced things in meditation. However, mindfulness is recommended to be practiced all the time and not just during meditation sessions.

The word “om” is not exactly a word, but the chant you make when you meditate. A lot of people claim that this chant is the most powerful among chants in spite of it being very simple.

Zen is the name of a school that teaches Mahayana Buddhism. It focuses on reaching enlightenment and zazen meditation. Sometimes, people use the word “zen” to describe their state (i.e. in a state of zen).

As you go through meditation classes, you’ll encounter these words and other terms related to mindfulness. These words also differ depending on the kind of meditation you do.

Engage Yourself into Cycling: 7 Workout Tips for Beginners Before Riding the Bike

The Right Weight Loss Steps to Undertake if You are Obese 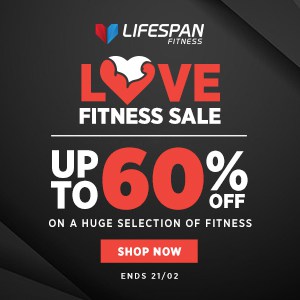