History of Treadmill – Its Origin May Surprise You

The treadmill, according to many fitness buffs, is a must-have investment to keep one’s self in peak health and maintain a fit body. It is also the choice of exercise beginners since it’s easy to use, and folks who do not have enough time to go on running routines or go to the gym. The history of the treadmill has its twists and turns though, and along with its benefits are things that you must know to fully appreciate this wonderful innovation.

The Treadmill: Innovation For Better Health

Treadmill sales are still going up because it’s built for convenience. You can use this equipment at home – there’s no need to run to the gym or jog during bad weather. You can adjust the pace to get the intensity you prefer. Most importantly, it has an extensive range of health benefits.

These benefits include the following:

Thanks to technology, the treadmill was given many upgrades through the years. The machine is bouncier and its shock-absorbing qualities were improved. Before all of those features were perfected though, the treadmill was pretty much a device made to ease manual labour.

In the next part of this post, we are going to discuss the history of the treadmill – from its humble beginnings, its rather bleak appropriation and its final evolution as a fitness innovation.

The Treadmill And Its Beginnings 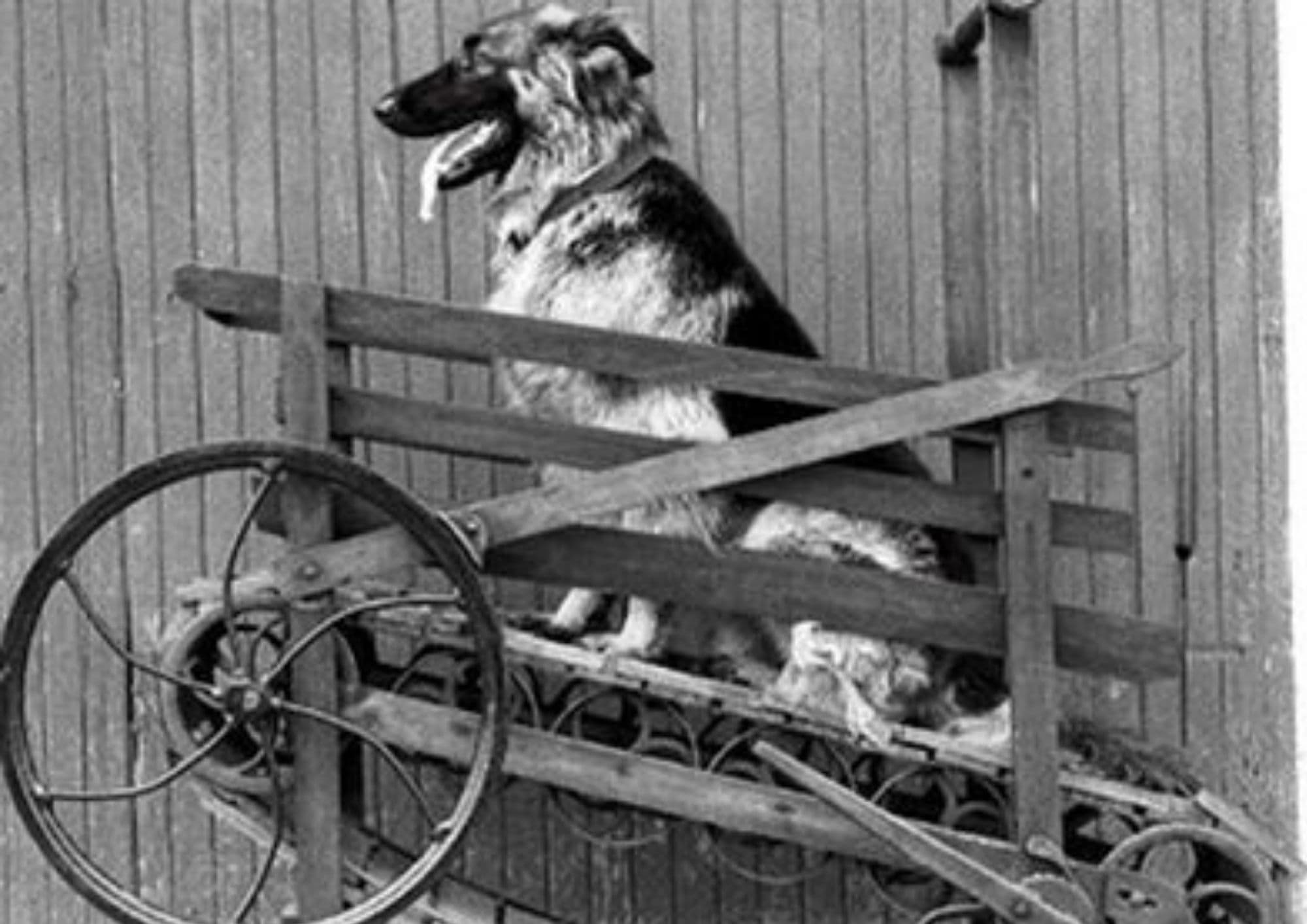 The treadmill is a device that has its roots in manual labour. It was not exactly designed to maintain a healthier heart and strong legs. Its structure was meant to lift heavy items and in turn, make manual operations move faster.

The Romans actually created the prototype for the equipment – the treadwheel, which was also known as the polyspaston crane. This device was operated by, well, humans. It was comprised of a huge wheel that was fastened to a crane. Inside the wheel, men walked nonstop to make it move and allow the machine to lift heavy objects.

More and more machines related to the treadwheel were also created in order to make manual labour easier for people. Thus, they were used on a variety of animals like horses, goats, dogs and sheep.

Let us go back to the 1800s, a time when stationary devices acquired their power from natural sources that are basically unpredictable (water, the wind). Because those sources were deemed unreliable by farmers, they discovered that a treadmill-like machine could, in essence, replicate the braking capacity of an animal like the horse.

Fast-forward to modern times – treadmills are still used on horses, but with a different purpose. Today, trainers use the device to rehabilitate horses.

Because of the efficiency of the horse treadmill, smaller versions of the device were also developed to manage other daily tasks. The treadmill was used to accompany the operations of lighter devices like the grindstone, cream separator and butter churner. These small treadmills were operated by either dogs, sheep or goats.

The Treadmill As Punishment 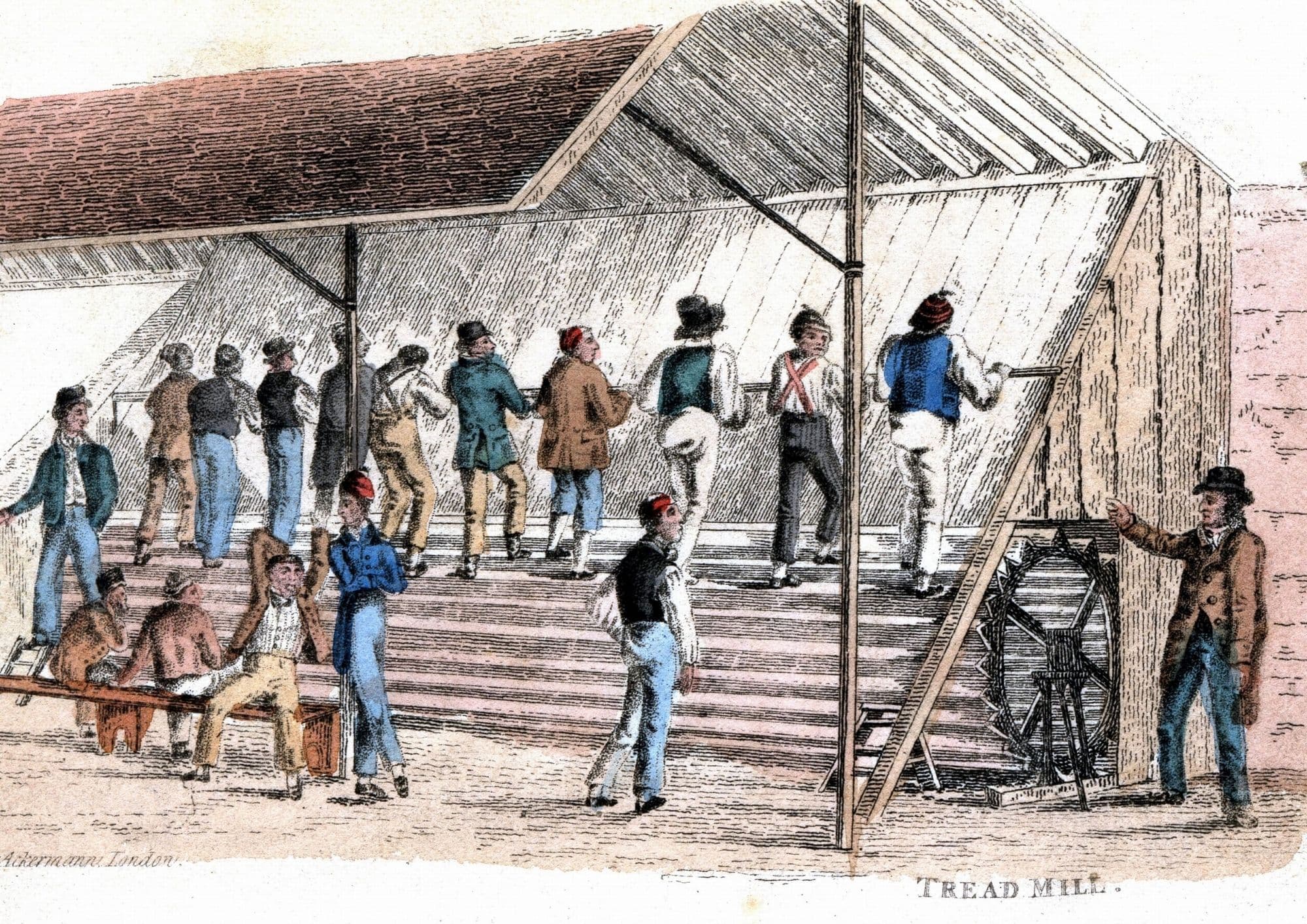 For the exercise-allergic, the treadmill is punishment enough. But there was indeed a point in time when this device was literally used as a means to correct erring behaviours.

The treadwheel started a chain of like devices to make manual labour an easier task to accomplish. In the 1800s though, another iteration of the device appeared – this time, as something designed to make criminals do penance for their crimes.

In 1800s England, the prison treadmill was created by engineer Sir William Cubitt and was administered as a form of punishment for prisoners and at the same time, keep the corn mills operating. In some cases, to pump water. These prison treadmills are similar to ancient treadwheels, however, these ones featured bigger wheels.

The machine did not require humans to operate the wheel from within. Rather, it was designed with several steps which were fitted externally. To work the mill, prisoners had to grip the hang holds on the device and ascent the steps in order to make the wheel rotate. The treadmill was a self-propelling one thus it will rotate perpetually without the help of humans.

Prisoners were made to climb the treadmill for at least 10 hours a day during summer and 7 hours in wintertime. The prison treadmill could accommodate up to 24 prisoners while standing side by side on the wheel.

It was taxing and tedious work. Eventually, the prison treadmill became more of a means to further punish criminals – prisoners, in some instances, weren’t ordered to pump water nor grind corn and instead, just ‘mill the air.’

Use of the treadmill as a device to punish the convicted actually lead to high death rates – one death was attributed to the machine every week. In the end, prison treadmill use was prohibited in 1898 due to the Prison Act.

Advancements In The 20th And 21st Century

In 1952, the first motorized medical treadmill was utilized by Dr. Robert Bruce, who is popularly known as ‘The Father of Exercise Cardiology.’ His findings eventually led to the development of the Bruce Protocol.

The medical treadmill was administered to patients and used to diagnose heart and lung conditions and diseases. Patients were required to be joined up to an ECG machine while they ran and walked. The treadmill’s incline and speed would augment every few minutes to allow the doctor and Wayne Quinton, his research partner, to check for deficiencies in the heart and lungs.

The 1960s was a time when the first mass-produced treadmill made for home use was introduced. This innovation was created by William Staub, a mechanical engineer. The late engineer was inspired to develop his version of the treadmill by reading a book from Dr. Kenneth Cooper called Aerobics made use of a points-based method to determine and improve cardiovascular health.

According to Staub, he made the device to fight inactivity and curb sedentary habits for heart health. His prototype of the PaceMaster 600 was delivered to Dr. Cooper for authorization. Seeing the potential of a home treadmill, the doctor vouched to fund the device through his Aerobics Inc. company.

When the running craze of the 1970s struck, Staub and Cooper’s treadmill became a byword among fitness enthusiasts because of its convenience and innovative features. In the 80s, Aerobics, Inc. sold 2,000 units annually and by the 90s, the company was enjoying a total of 35,000 treadmills sold every year.

The Treadmill And Its Future

Treadmill technology continued to advance during the 90s and by the 2000s, slowed down. Sales are still fruitful due to their convenience and effectiveness. In the 2000s, features like touchscreen consoles were introduced by the brand Life Fitness. The 2000s also saw the appearance of treadmills with iPod and iPhone connectivity.

Companies are still looking for ways to improve the treadmill. The Peloton company, for example, created a model called the Tread – this unit features a slat running belt, a 32-inch screen, surround sound and exercise guides which were streamed to the screen of the treadmill.

Sonar technology was also added to a new treadmill unit, which was developed by Steven T. Devor and Cory Scheadler, both exercise researchers. The innovation has the capability to change its speed automatically to suit the runner’s pace by means of sonar. According to Devor, the finished prototype is almost up and ready for the market.

The history of the treadmill shows not only the brilliance of man when it comes to innovation. It also displayed how the treadmill as a fitness equipment came to be. And as avid exercise enthusiasts, we are surely happy about its transformation. 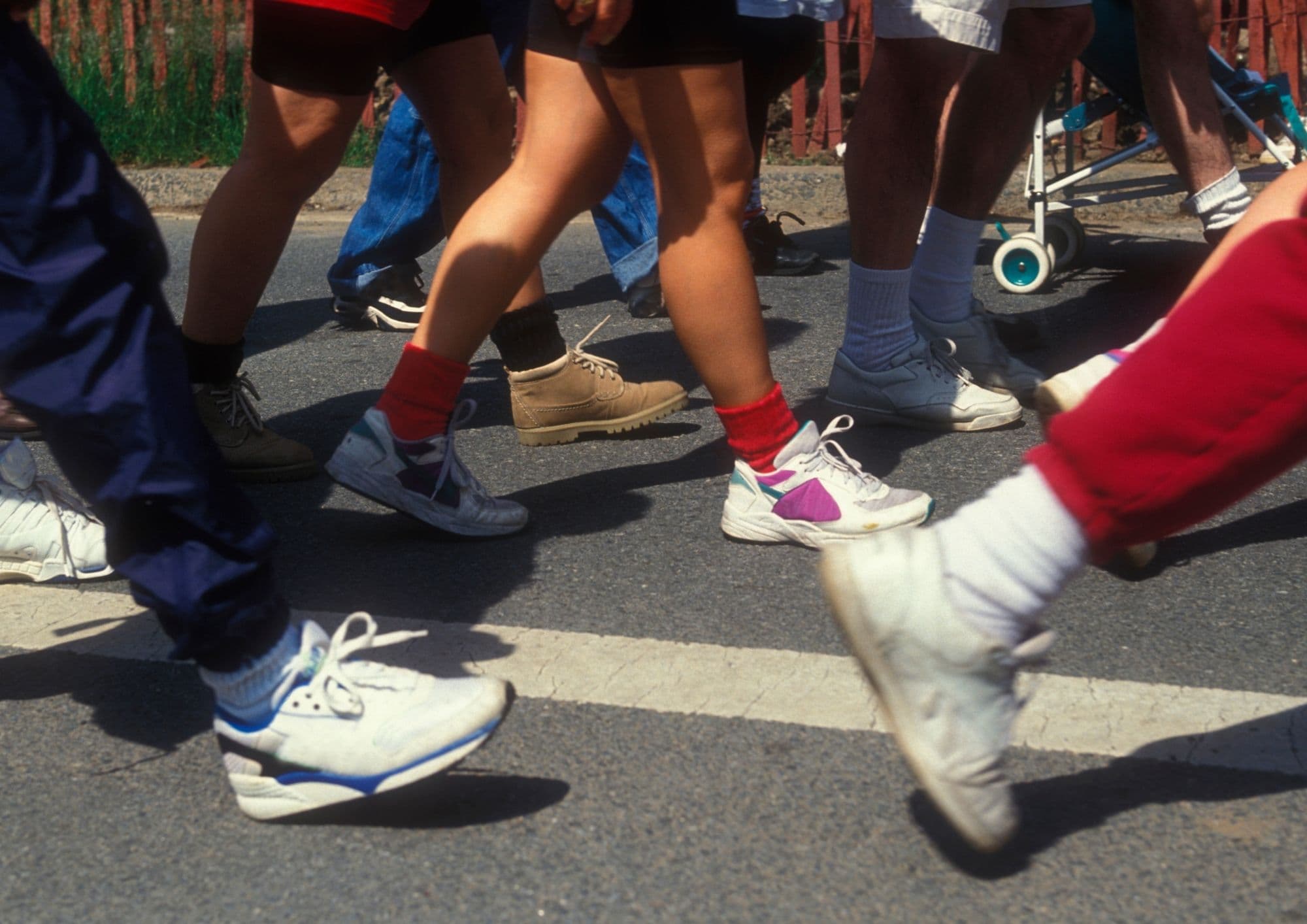 The treadmill actually rates better than walking outside, which has its inconveniences. For one, you can use the treadmill for walking exercises indoors. It also trains you to walk faster to burn more calories thanks to the speed and incline adjustments.

Training for a marathon using a treadmill is possible – all you need to do is to hone the mental discipline to train on the machine. People complain of boredom while using the treadmill but you can avoid this by listening to music, podcasts and audiobooks or watching your favourite TV or online shows.

Cardio is important since it engages your heart to pump at a faster rate – thereby keeping your heart healthy and fit. Cardio lowers blood pressure by lessening bad cholesterol levels and raising the good ones. A higher heart rate during cardio also leads to more burned calories. 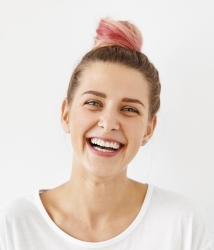 Follow Me!
Emma Pyke
Avid Fitness Blogger at Fit Shape
Hi I'm Emma also goes by the name, Em. I started taking my health seriously soon after I turned 25 so that was how I dived into the world of fitness. Here in Fit Shape, I mostly share my knowledge and hope my articles will help motivate to those who are looking to adopt a healthier lifestyle like how I did.

Follow Me!
Latest posts by Emma Pyke (see all)
Previous Post
Is Treadmill Or Rowing Machine Better For Core Strength?
Next Post
Walking vs Treadmill: Which Is More Effective?
Popular Posts

5 Affordable Equipment for the Stay-at-Home Workout

7 Workout Tips for Beginners Before Riding a Bike

7 Effective Workouts With a Weighted Vest and No Equipment